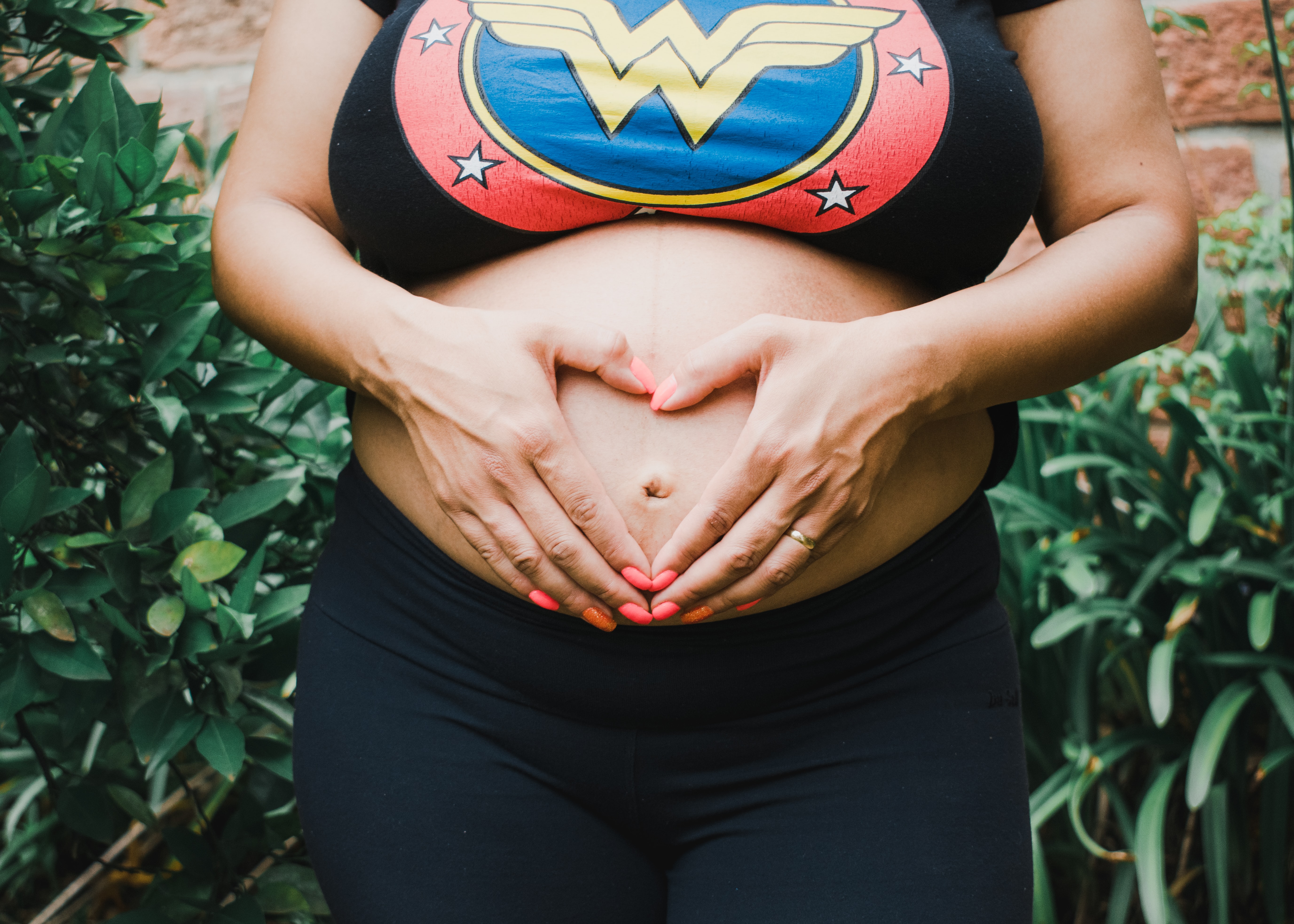 Have questions about Colon Hydrotherapy? We've got all the answers you need.

For most individuals who receive Colon Hydrotherapy is pain free. Minor discomfort can be experienced during the insertion of the disposable tip, but this only lasts for a few seconds. During the treatment, you may feel some cramping in the abdominal area and occasionally clients feel slight nausea. Typically, these symptoms are experienced if you are dehydrated.

Colon Hydrotherapy is very safe when performed by a qualified therapist. We only use FDA approved medical devices for the procedure and all the equipment used is sterilized or disposable and the water goes through an advanced filtration process prior to entering the colon. Our therapists are trained and certified and meet the highest professional and ethical standards. You are in very safe and professional hands.

How can it help?

The benefits of Colon Hydrotherapy can include increased energy, improved circulation, clearer skin and eyes, mental clarity, weight normalizing, better digestions, relief from bloating and heaviness. By removing the waste material from the colon, the process of detoxification is given a boost and the harmful bacteria that is produced by encrusted fecal matter is removed from the body. Colon Hydrotherapy helps your immune system to help itself, by giving it a chance to breathe and allow the lymph system to effectively cleanse your body.

What about “friendly bacteria” being lost?

Healthy intestinal flora is present throughout the small and large intestines and Colon Hydrotherapy helps to improve their habitat, facilitating their reproduction.

What is the difference between an enema and a Colon Hydrotherapy?

An enema is the procedure of introducing liquids into the rectum, it utilizes between 1.5 to 3 gallons of water only flushing sigmoid colon (lower colon) and rectum. It can often result in uncomfortable bloating & cramping and put a strain on the anus possibly resulting in hemorrhoids. In contrast, Colon Hydrotherapy involves simultaneous inflow and outflow in larger quantities of warm water that slowly dissolves accumulated toxins and encourage easy waste evacuation, without any undue stress on your system.Enemas only clean out the lower (sigmoid) part of the colon excluding the upper descending, transverse, and the ascending areas of the large intestines. To clean the entire large intestines, a Colon Hydrotherapy is necessary.

Will laxatives accomplish the same results?

No. Laxatives are an unnatural stimulant to the body. Therefore, the body produces a thin, watery substance that goes through the large intestines and leaves behind impacted toxins and waste. Laxatives can/will cause severe dehydration and the peristaltic movement can become co-dependent on the use of laxatives.

No. There is no odor from the bowel movements as the system is “close” and your dignity is always maintained with proper draping in a private room.

How many treatments do I need?

Every person is different, and we are constantly experiencing change. It depends on your personal health goals and current lifestyle. Although, you can feel relief after an initial session, it is necessary to take additional Colon Hydrotherapy sessions to sufficiently cleanse the large intestines. We suggest you book a single treatment initially and discuss with your therapist during the consultation the BEST individual recommendation for you. In our experience and historically (the Egyptians), we have found that a course of 3 treatments consecutively (3 days in a row) produces the best results with regular monthly maintenance.

How should I prepare for the Colon Hydrotherapy session?

We recommend that you CHEW something very light (i.e. fruit; no meat, starch or dairy) at least two hours prior to your appointment and make sure that you are WELL HYDRATED. Again, PLEASE DRINK PLENTY OF WATER! If possible, a diet of fruit, vegetables, and grains 2-3 days in advance rather than heavy foods will help prepare your colon for the treatment. Do not drink alcohol 24 hours in advance. No laxatives (natural or commercial-OTC) are necessary.

How will I feel afterwards?

Colon Hydrotherapy has a “relieving” effect. There may be a feeling of lightness and internal cleanliness. People are often energized following a Colon Hydrotherapy session. Many clients have reported clearer skin. Once the large intestines have been thoroughly cleansed then diet, exercise and other health programs will become many times more effective. Make sure you drink plenty of liquids, avoid raw vegetables, reduce consumption of meats for a couple of days. Steamed vegetables, fruit and soups are recommended.

Will I have regular bowel movements after a Colon Hydrotherapy session?

The most common post-Colon Hydrotherapy experience is having a slight delay in bowel movements (24-72 hours) and then the resumption of a somewhat larger, easier bowel movement. Rarely is diarrhea or loose bowels experienced. This may be due to the extra water introduced into the colon. If it should occur, it is usually of very short duration.

Colon Hydrotherapy involves the gentle flow of water into the large intestines thru the rectum. The therapy is truly effective. A healthy functioning and balanced digestive system is important for optimal health. When the blood stream and other organs are overwhelmed with toxins, the body can/will malfunction.

It is difficult to identify the exact time in history that colon hydrotherapy emerged, but many historians trace it back to the ancient Egyptians. The historians tell us that the practice colon hydrotherapy, or in its more basic form, the enema, was passed down from the Gods to the Egyptians. There are numerous reports of the frequent use of the enema by the Egyptians, with all of them referencing a papyrus of the 14th century B.C., which is stored in the Royal Museum of Berlin. Descriptions of various methods of preparing enemas are found in the Ebers Papyrus, of the 14th century B.C. This document was obtained in 1873 by Georg Ebers, and dates from the XVIIIth Dynasty. Directions for the use of the enema (or clyster), and remedies for over 20 stomach and intestinal complaints "to drive out excrements" are mentioned. According to William Lieberman, M.D., verification of the frequent use of the enema by the Egyptians came from Herodotus (484-425 B.C.). In the 5th century B.C., Herodotus wrote: "The Egyptians clear themselves on three consecutive days, every month, seeking after health by emetics and enemas for they think that all disease comes to man from his food."
‍
Use of the enema was not limited just to Egyptians. Information on the use of enemas was recorded on the cuneiform inscriptions on Babylonian and Assyruan tablets, as early as 600 B.C., and there are references recorded in Hindu medical texts such as the Susruta Smhita, the work of Susruta, the father of Hindu surgery. Susruta describes the use of "syringes and bougies as well as a rectal speculum."
‍
The Greeks and Romans also contributed to the history of the enema. First, Hippocrates (4th and 5th century B.C.) the well-known Greek physician, recorded using enemas for fever therapy, and disorders of the body in his "on Regimen in Acute Disease." Then the Roman physician, Asclepiades of Bithynia (124 B.C.) who is credited with establishing medicine in Rome, preferred the enema over the use of laxatives. Asclepiades used the enema for intestinal worms and fevers. ACCORDING TO WWW.GPACT.ORG

What Our Patients Are Saying

Shanda and her staff were great! She took her time in not only treating me, but also explaining to me her findings and recommendations. I would highly recommend using them.

Due to my diagnosis 9 years ago, my body doesn't react very well to most medications. I was recommended to the Hartley Group through my colleague. I am glad I found them. Shanda proceeded with a more wholistic approach, which I am seeing progress. Thank you! You're services are much appreciated!

We needed a physical for our son at the last minute to sign up for basketball. They were able to squeeze us in for an appointment the same day. They even made us aware of some early signs concerning our sons knee we needed to watch for. We highly recommend the Hartley Group!

After experiencing my first colonic hydrotherapy session, I feel lighter as well as more energetic. I was unaware of all the toxins and parasites that are shedded with this process. This will definitely be part of my ongoing health maintenance. Thank you!